Skip to Main Content
It looks like you're using Internet Explorer 11 or older. This website works best with modern browsers such as the latest versions of Chrome, Firefox, Safari, and Edge. If you continue with this browser, you may see unexpected results.

Cecil Max Lock, known as Max Lock, was a British postwar urban planner who emphasised the importance of incorporating social research in the planning process.

After graduating from the Architectural Association (AA) in 1931, Lock began to build up a practice in the Watford area. A study trip to Scandinavia and Finland in 1937 introduced him to the possibilities of timber construction, prefabrication and new models for housing finance, rental structures and refurbishment.

Photograph of Max Lock talking to young people on an estate 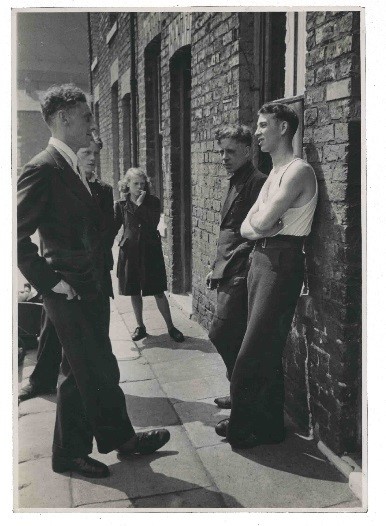 Travels in Asia and the Middle East

In 1951 the British Council asked Lock to make a lecture tour of India, Pakistan and Ceylon. His lectures were enthusiastically attended by the growing planning profession in the sub continent. At the end of the tour he discussed his findings on planning and architecture in India with Prime Minister Nehru and wrote a report on his recommendations.

The various Middle East commissions arose soon after and took Lock to Jordan as UN Advisor. The Jordan Government had requested UN assistance in 1954 for town planning work with particular reference to the capital city Amman and the developing port of Aqaba on the Red Sea. He also contributed the ‘social aspect of town and country planning’ to a joint report on developing Um Qasr in Iraq.

Work in Nigeria and Hackney

March 1965 Max Lock went to Nigeria to set up the Kaduna office at the request of the then Ministry of Overseas Development and the Government of Northern Nigeria, in order to draw up a programme for a Master Plan for Kaduna (the capital city of the Northern Region).

In February 1971 the Max Lock Group started work closer to home on a pilot survey for Hackney. At about this time a massive scale proposal was put forward to the Borough for a ‘clean sweep’ comprehensive redevelopment of the whole of South Shoreditch as offices, commerce, industry and housing. The conclusion of the Group was that the economics of the clean sweep approach did not stand up and that its implications for South Shoreditch continuing as a source of varied employment would be severely jeopardised.

Max Lock at the Architectural Association

In 1939, Lock was teaching at the AA and set his students a task that became known as the Ocean Street study. This involved the then unheard-of practice of finding out (with the help of John Madge of Mass Observation) what those affected by an official Slum Clearance Scheme would actually like to get from a housing improvement programme. The project's exposure of the lack of method in housing provision fuelled furious headlines but no government support. The project was pivotal for Lock and he turned his attention to town planning.

Lock spent a year as acting Head of the Hull School of Architecture during World War Two (as a Quaker, he was registered as a conscientious objector) and was then commissioned to start work on a re-building scheme for the city. The result - The Hull Regional Survey: A Civic Diagnosis - was completely new in its presentation, with maps, photographs, and diagrams to make the content understandable to the ordinary citizen of the City.

In early 1944, the Max Lock Group moved to Middlesborough to begin work on a similar survey, setting up a communal household in the suburbs. Their office was in the town and open to all - officials, councillors and members of the public. A similar approach was repeated in The Hartlepools, Portsmouth and Bedford. 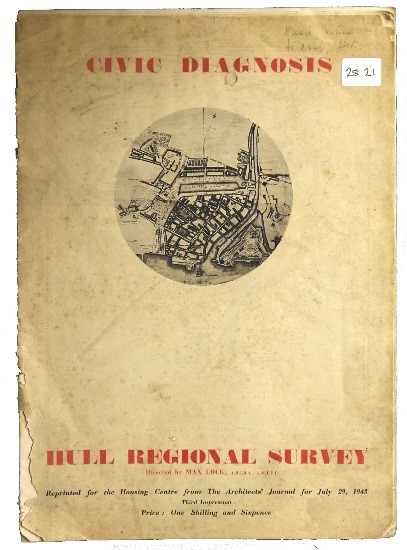 The archive covers both the business and administrative papers of the Max Lock Group and Lock’s personal papers, including his travel journals and his lifelong interest in music. The collection has not yet been catalogued but an itemised box list is available via the University of Westminster Archive catalogue at https://westminster-atom.arkivum.net/