Skip to main content
It looks like you're using Internet Explorer 11 or older. This website works best with modern browsers such as the latest versions of Chrome, Firefox, Safari, and Edge. If you continue with this browser, you may see unexpected results.

The China Visual Arts Project was founded in the 1970s to support classes in Chinese Language and Politics at the then Polytechnic of Central London (now the University of Westminster). Over time the project acquired over 800 propaganda posters from Hong Kong and mainland China, dating from the 1940s to the 1980s, alongside a wealth of books, objects and ephemera. A list of the posters can be found via the University of Westminster Archive catalogue at https://westminster-atom.arkivum.net/ 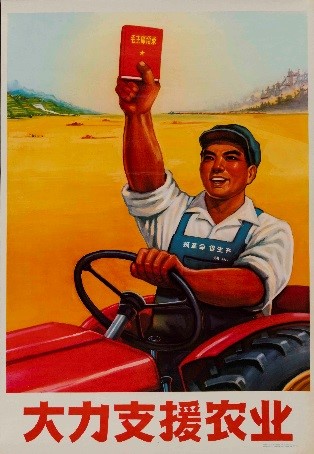 Establishment of the PRC

The Chinese Communist Revolution (or second Chinese Revolution) began in 1945, ending with the proclamation of the establishment of the People's Republic of China (PRC) on 1 October 1949. After the completion of the First Five-Year Plan, the PRC’s programme of land and social reform included several distinct campaigns, including the two most associated with Mao Zedong: the Great Leap Forward (1958-1962) and the Cultural Revolution (1966-1976). 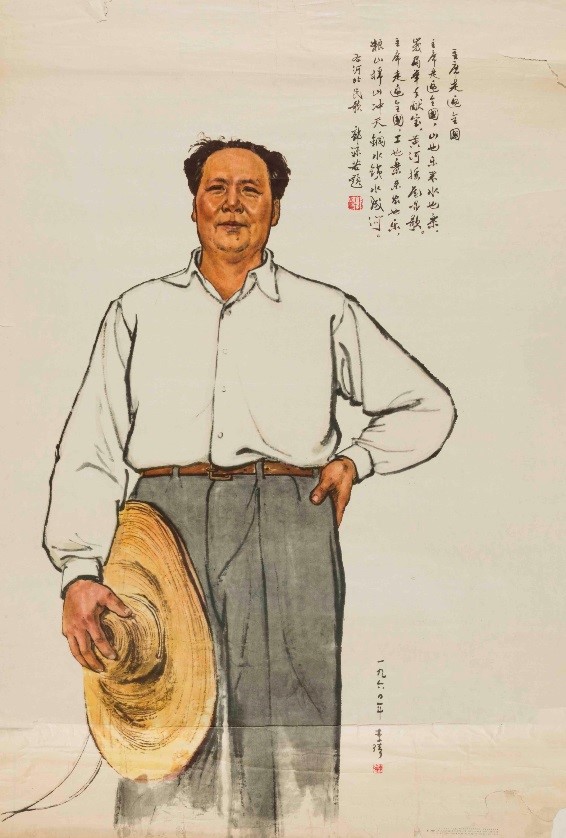 In May 1942 Mao stated that “‘There is no such thing as art for art’s sake, art that stands above classes, art that stands detached from or independent of politics”.  Posters played a key role in communicating doctrinal messages to the masses.  The earliest posters in the collection date from the late 1940s and relate to health campaigns.

Around a quarter of the poster collection relates to the Cultural Revolution era. Many of these represent the personality cult that evolved around Mao, starting from the publication of the ‘Little Red Book’ in 1964.

As well as posters with a political purpose, the collection includes those intended for children, schools and nurseries. Many of these are instructional, promoting good habits such as hand washing, while others narrate stories and are more decorative. 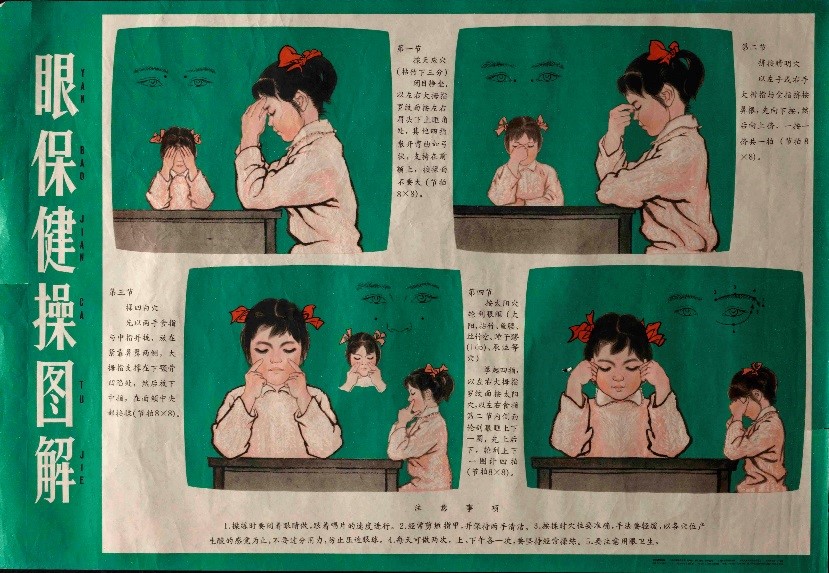 Women hold up half the sky

One of the great strengths of the collection is in documenting the changes in women’s lives that were brought about through the Communist Revolution. While the realities of women’s lives in this period continue to be debated, the posters demonstrate how women were depicted as the equal of men, highlighted in Mao’s famous pronouncement that “Women hold up half the sky.” 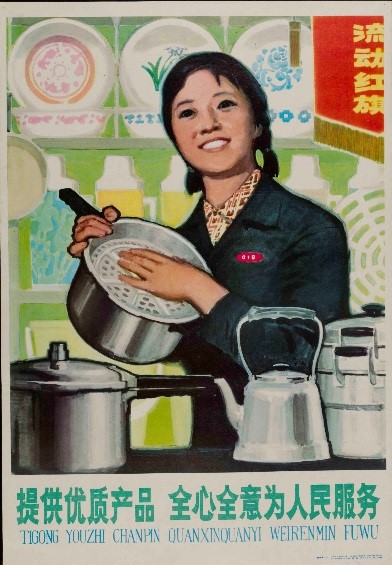 Half the collection relates to the ten years after Mao’s death, ending 1986. While many continue Mao’s personality cult, they also reflect China’s shift from a planned to a mixed economy, with slogans such as ‘Promote good quality wares, whole-heartedly serve the people’.  There is also a focus on technology instead of the farm, with rockets and atoms representing Deng Xiaoping’s Four Modernisations programme. The introduction of China’s One Child Policy in 1979 is also reflected in this era of posters.

Alongside the posters, the University holds a substantial collection of books produced in or about the People’s Republic of China, as well as objects, slides and ephemera.